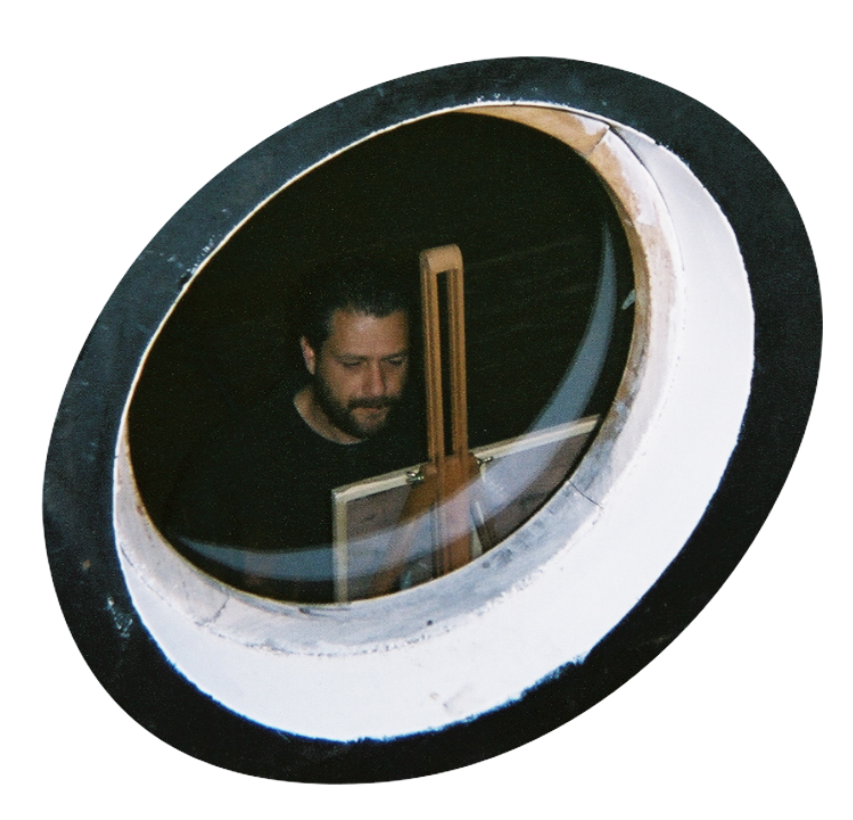 Born in Tarariras (Uruguay) in 1959.
Self-taught painter in his first stage, then he studied at the School of Fine Arts in Montevideo, which was reopened after being closed for years by the military dictatorship.
He lived in the United States, Switzerland and Italy where he performed an important part of his work.
Since 1995 he resides in Colonia del Sacramento, Uruguay.
Painter most of his time, periodically incursion in assembly sculpture, illustration and writing.